I’ve been using my 40m/30m/20m end fed half wave antenna very successfully on SOTA activations but it requires a reasonable amount of space. I thought it would be interesting to try a vertical so that on busy summits (or in other portable locations) I could just bungee my 6m fishing pole to a fence post and get quickly on the air. To avoid needing long radials I still wanted it to be a half wave. The only trouble is, a half-wave on 20m is 10m and my pole is only 6m long!

So the solution is to use a loading coil. This could be at the bottom but it is more efficient if it is nearer the middle. I played about in MMANA-GAL and came up with a design. I cut the wire and wound the coil and gave it a go in the garden with my nanoVNA as an antenna analyser. I found I had too many turns on the coil so I had to remove some but that then meant there was too much wire to fit on the pole. So with a combination of trimming and turn adjustment I got it to give a good SWR at the CW end of 20m. I fired up the transceiver and sent a CQ on 14.060MHz and instantly a French station came back. He was very weak and we struggled to complete the QSO but it seemed like it was working. Next was to try it on a SOTA activation. I’m pleased to say this went very well too with 7 contacts in 10 minutes.

The exact measurements you need will depend on the size of the coil former you have, the length of your pole and even the exact wire. But you can use my measurements as a starting point. I started with 7.5m of 7/0.2mm stranded wire from Sotabeams. The antenna and coil are all made from a single piece of wire. The table shows the dimensions from the top of the pole.

I used a pill tub with the end cut off for the coil former. I wanted it to be large enough to slip over the pole so it wouldn’t flap about in the wind. The former is longer than needed although it does mean there is plenty of space to wind the antenna on it when not in use. You can also see the rubber band I use to attach the end of the wire to the top of the pole. 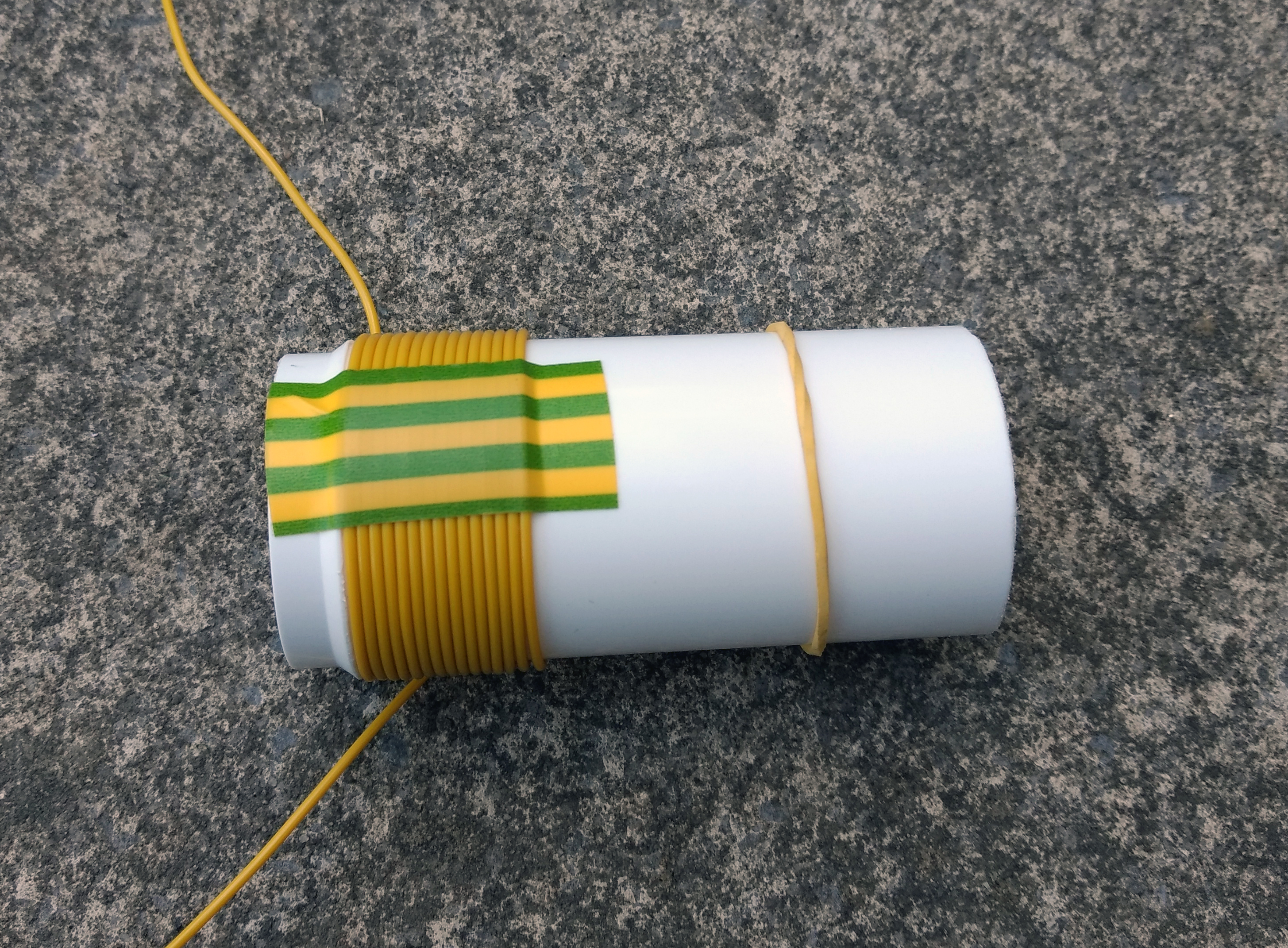 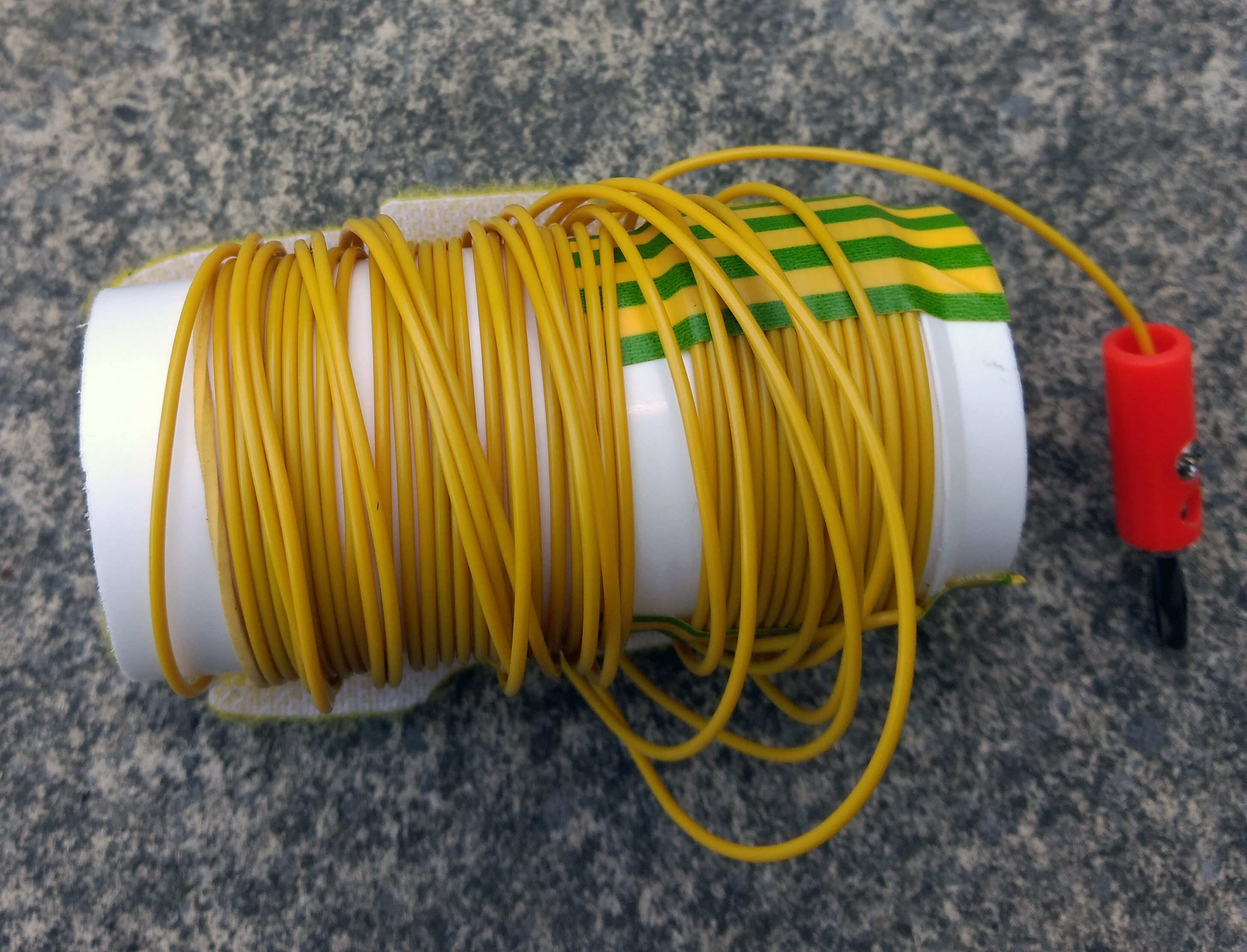