The clock and control board is the heart of the transceiver containing the ATtiny 3216 microcontroller and Si5351A clock generator chip. It generates quadrature clocks for the Tayloe detector in the receiver and the transmit clock for the class E PAs. It also controls the display, morse keyer, transmit/receive switching and so on. 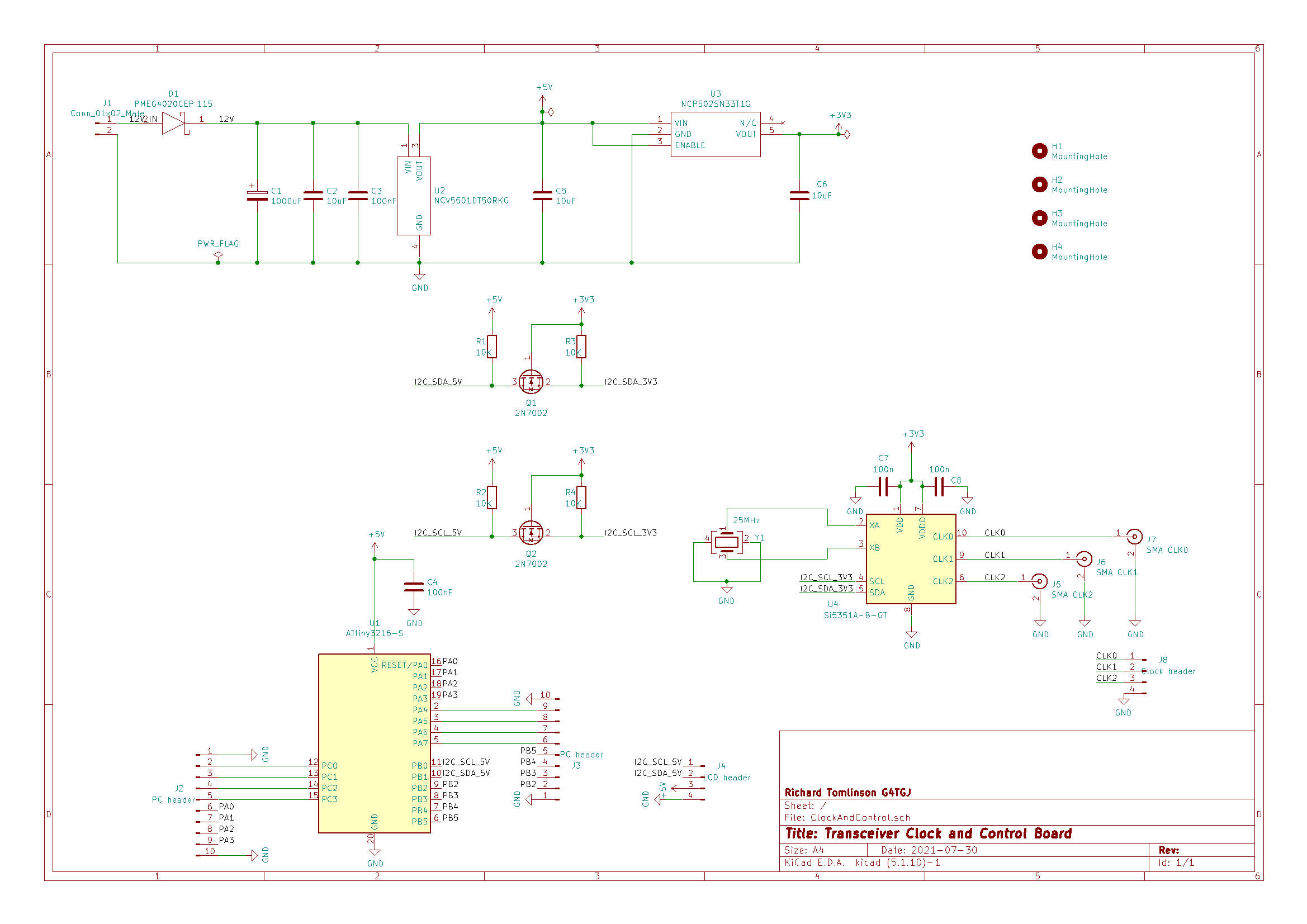 J2 and J3 are pin headers for most of the I/O pins on the microcontroller. See below for where they connect. J4 is for the LCD taking 5V and the I2C bus.

J5-J7 are SMA sockets and J8 is a pin header for the 3 clock outputs. I only use J8. CLK0 and CLK1 connect to the direct conversion receiver board and CLK2 goes to the TX boards.

I found that connecting to my PC’s serial port with a cheap USB serial adapter introduced a lot of noise into the receiver. The proper solution would probably be to use an opto isolator but I found that adding 10K resistors to the connection cured it. Even the earth connection was noisy.

The three front panel pushbuttons are connected to PC0 configured as an ADC input.